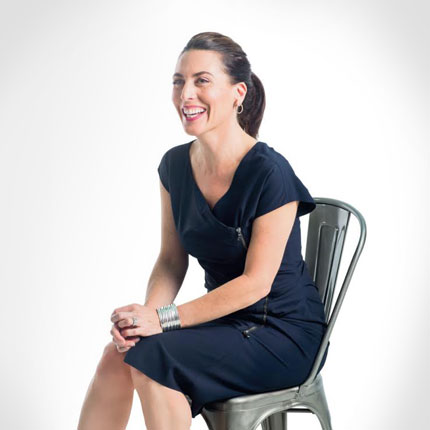 One of the most prominent voices in the world on the topic of entrepreneurship, Amy Cosper is the Editor-in-Chief of Entrepreneur Media Inc. Named Fast Company’s “25 Smartest Women on Twitter”, Cosper has not only been reporting and commenting on the world of entrepreneurship, she has been shaping it through the pages of a magazine that has seen meteoric growth, and become the most respected resource in its field.

As the Editor in Chief of Entrepreneur magazine, Cosper knows what it means to innovate, create and disrupt an industry—and an economy. Over the past six years, Cosper has witnessed and gave voice to successes and failures in business, and in turn has a deep understanding of the psyche of an entrepreneur, and what it takes to succeed in a meaningful, long-term way. Cosper’s philosophy is that entrepreneurialism is about more than owning a business, it’s about creating something from nothing in any capacity, whether employed or employer. It’s about laying the foundation for the future, disrupting known thought and going forth to create lasting change.

An entrepreneur in her own right, Amy has become an evangelist for entrepreneurship around the globe as one of the most sought after speakers keynoting and judging at events, such as Disrupt Athens in Greece, the Creative Business Cup in Copenhagen, ShiftSplit in Croatia, and the upcoming Global Entrepreneur Network Conference in Milan. She is regularly tapped for her commentary among her fellow journalists, including The New York Times, The Wall Street Journal, USA Today, NPR, and appearances on Fox Business, ABC News, CNN and Bloomberg Television. In addition to her perspectives on entrepreneurship, she is often asked to provide insights on a spectrum of topics from free economics, social media optimization, broadcasting, the Internet, VC strategies, media, online profiling and user behaviors, and content strategies.

Cosper’s journalism roots began in the tech world, where she cut her teeth as a reporter on assignment in Israel, Norway, Brazil, Luxembourg, Paris and London covering broadband, broadcasting and satellites. She has directed five ASBPE award-winning financial magazines.