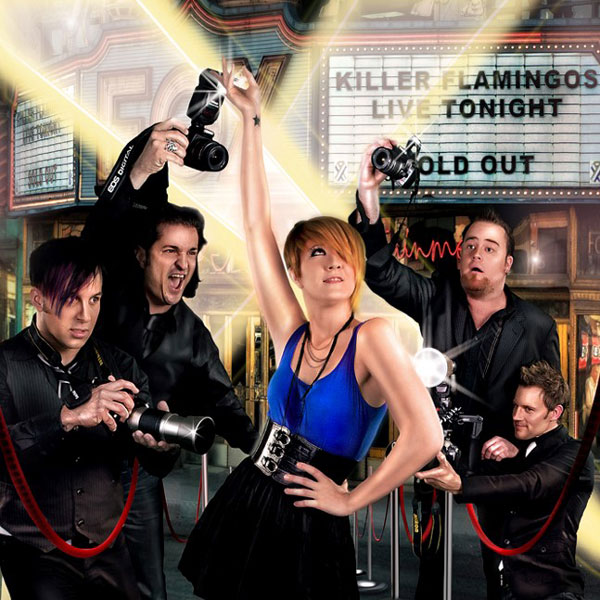 Killer Flamingos have won Best Band in Metro Detroit numerous years running in HOUR Magazine, WDIV Click On Detroit and Summit Magazine Ann Arbor, to name a few. The band has also headlined Arts Beats and Eats the last 3 years. Over a decade of providing Metro Detroit’s live music scene with a concert style performance featuring four vocalists playing all the current hits and timeless party songs as well. The band has been featured at the HOUR Best of Party and Bravo Bravo numerous times, does a large amount of Corporate and Wedding work at large venue’s including Motor City’s SoundBoard, The Fox, The Philmore, MGM Grand, and the Royal Oak Music Theatre. The Band is also a top draw at night clubs around Michigan and Ohio. High energy and guaranteed to pack the dance floor, we are certain they would do a great job for you!